Hughes Blog
Thoughts on Software Development, Project Management, Parenting, and Running.
Thursday, November 25, 2010
Sachse High School Turkey Trot This was the third year for me in the Sachse Turkey Trot a low key 3 mile race. Like last year, Reagan came with me and we also brought her buddy Carson.

The weather was threatening to be a factor, as a nasty cold front blew in right before the start of the race. Rain was in the forecast, but we did not see any rain. It was around 50 degrees at the start of the race, but the wind was blowing very hard right out of the north. The race course is a modified out and back, with 1.5 miles due north straight into the wind. That was going to be challenging.

I noticed that the guy who won two years ago was back this year. But my masters nemesis from last year was not. 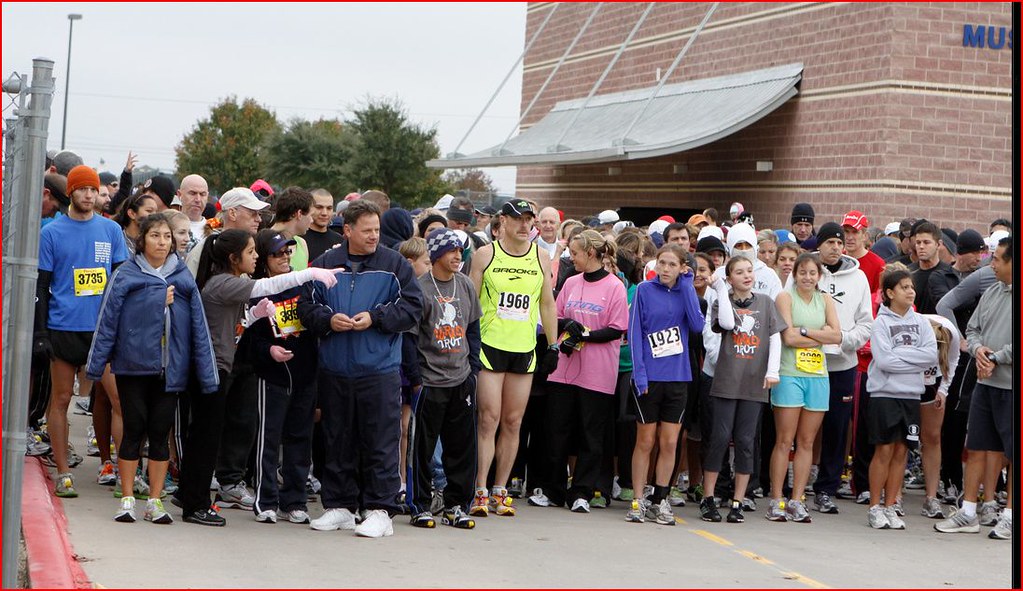 Who is the only numskull in shorts and and a Singlet?


At the start all of the kids went out hard. I slowly picked them off. Up front the guy from two years ago and one other kid in Sachse HS colors was running with him. Then there was one guy in Boston Red Sox hat and me. As we headed south on Miles and hit the hill leading up to 190 the Red Sox dude pulled in front of me by 10 meters or so. We turned around and now had 1.5 miles into the wind with a slight down hill for a quarter of a mile and then gradual up hill. About halfway to the turn around, I finally caught red sox guy and pulled ahead of him. The high school kid was about 20 meters in front of me and running strong. We turned around at sachse road and headed south with the wind. That felt great. About a half mile to go I caught the high school kid. He took one look at me and kicked it into a gear that I did not have.

That put me in third place for the third consecutive year (18:45). And won my age group. Reagan was fourth in the under 12 age group (second 10 yr old) and Carson was fifth in the under 12s and first 9 year old. 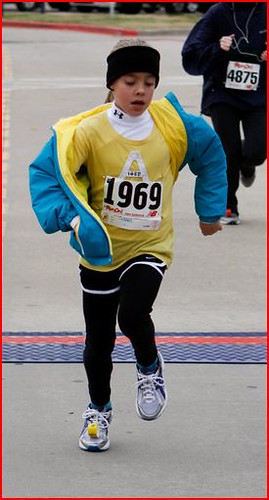 Carson Kicking It In 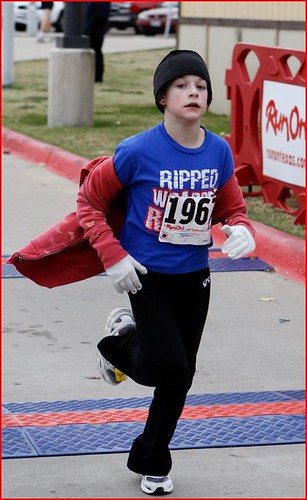 Reagan Kicking It In 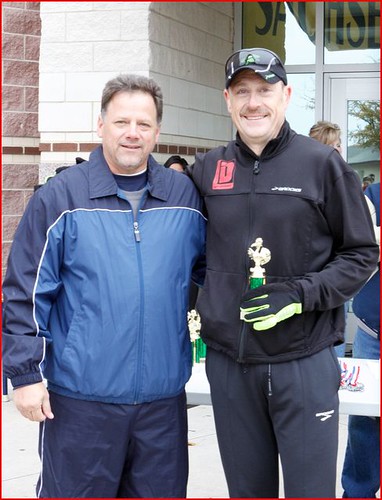 Me and the Mayor

I enjoyed reading your blogs. I could not believe the results when I saw how fast you ran compared to your age, that is awesome! As I looked for the results, this was the first time I stumbled upon your blog and had fun recollecting from the previous Turkey Trots. I mapped the course and it turned out to be 3.2 miles, I just say 3.25 :), ha. Where do you live at? I'll be back home the third week of December and I've always trained by myself in Sachse. I didn't know if you lived here or wanted to run a couple of days out of the week, but if you ever do, let me know! Keep up the good work.

Great run today! That was a tough one.

Yep lets hook up for a run when you get back in December.

Congrats Chris! And Congrats to Reagan too!!

Thanks Vineet and Chaitanya!

Hola Chris - this is "Red Sox guy" - stumbled upon your blog when looking for results....
Nice run - that wind was a killer for me, impressive that the three of you managed to knife thru it so fast. This was my first Sache run, but i've noticed via the past results that they clearly don't have their mileage correct. I'd love to find a way to pin them to a 5k distance so our times aren't so out of whack! See you next year - am praying for no wind!

Nice run! Yes that wind was a killer! And yes the distance is not correctly measured. And there are a number of other issues with the run management that could make it a more runner friendly race.

I hope to see ya out there next year as well!