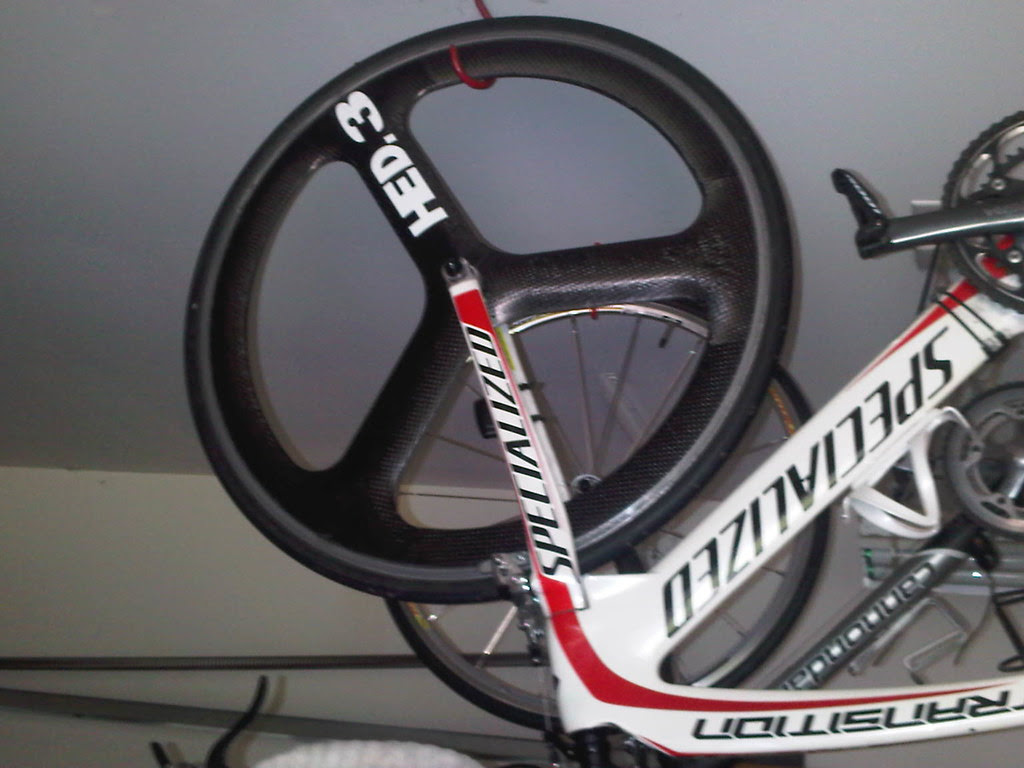 New (for me) Race Wheel!


April started out OK, then I bruised my ribs playing 1:1 soccer with Marissa in the back yard. Ouch! That injury impacted my Run and Swim Volume, but it did not bother me THAT much on the bike.

Victoria helped me dial in my tri bike and now for the first time, I feel like I can ride that thing! :-) We will see about that!