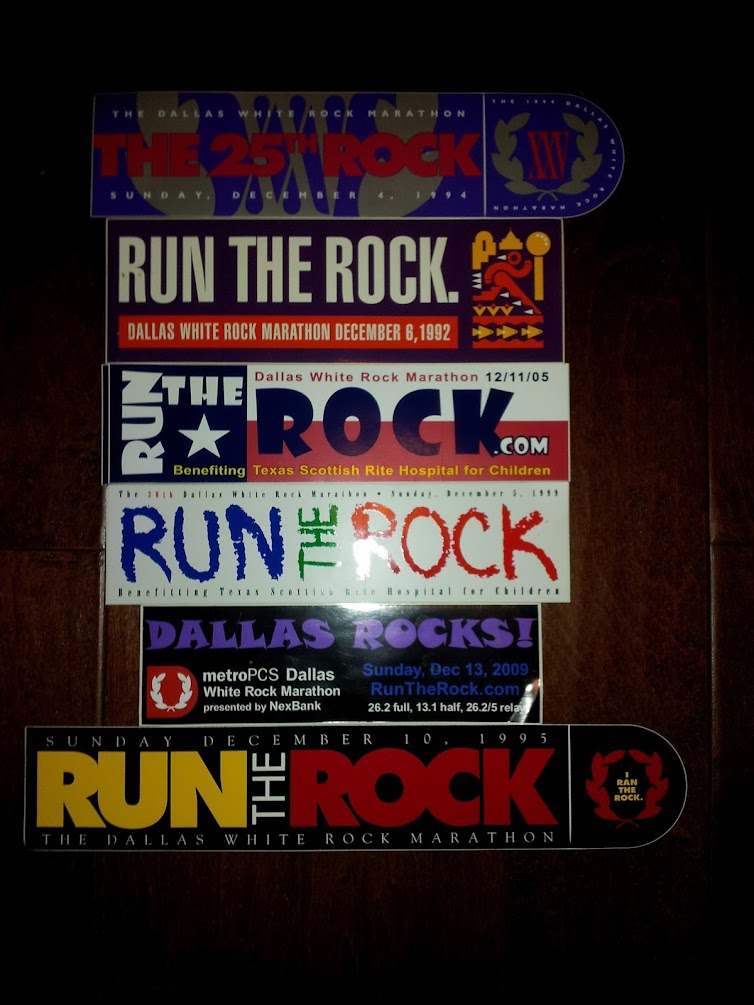 End of an Era

Look what the cat dragged in!

I was all set to run the track meet on Monday, however my right heal was badly inflamed. In an usual move for me, I decided to take two weeks with no running. I cant remember the last time I had not run for seven days in a row!

I spent two weeks in a row on the road this month. For the second week of April I was trapped in a hotel/casino in Reno for business. It was really exhausting, and while I ran every day, it was not quality. I was able to come home that weekend, but I turned around and spent the next week in San Jose for more meetings - not quite as exhausting. At least in SJC I managed to get a couple of really solid runs in with MD Kail!

New Rubber on the Bike.

Weird schedule this week, as I was hoping to ride the bike on Sat with TZ, but it was wet so instead it was track Saturday and weird Thurs, Friday back to back swim! 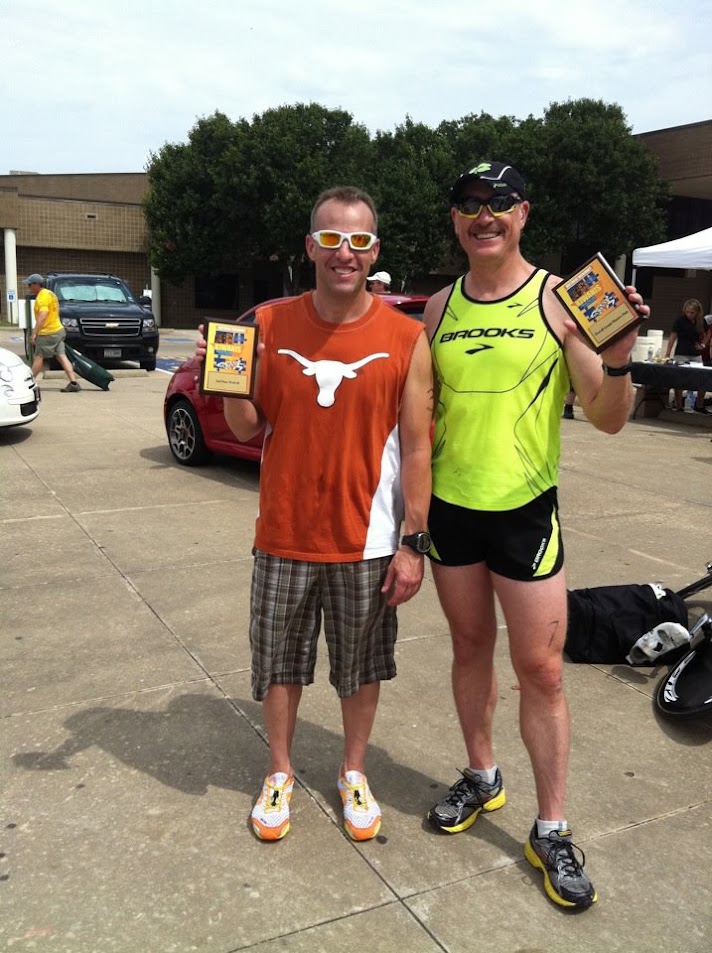 I thought I had left early enough to be one of the first to arrive, but the parking lot at McKinney high was already nicely filled up by the time I got there! Still I had plenty of time. I got all of my stuff together and set up my transition area without much fuss. From there it was into the pool for a warmup. No one was actually in the pool, so I got things started with my usual warmup: 250 easy, 250 every other 25 hard, 250 easy. I also threw in 25 Fly for my last hard 25!

I had been given number 7 but only four people wanted to start in front of me. They gave us plenty of room between swimmers, I was off just as the first swimmer hit the wall for 50 yards. I caught up to the girl in front of me right at 150 yards. I got by her with no problems and then had smooth water in front of me. I was out of the water in 4:05 a 12 second improvement over last year.

It was a long run to transition, as they had to detour around some construction at McKinney High school. My transition was a bit too long due to difficulties getting the speed suit over the timing chip. However I got out of transition faster than one of the two swimmers that were ahead of me.

I caught the guy leading the race right as we headed down Mill Street into the boonies. I was hammering the bike pretty hard with high cadence. It was nice to ride this race without water on the road! It was just me and the motorcycle. When we got to the turnaround, I could see that I had a pretty decent lead on the next bikers. I thought I had a very good chance to hold the lead until transition. 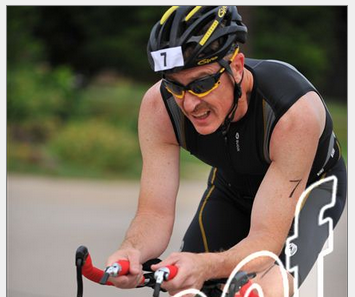 First off the bike

Indeed I made it to transition in the lead and managed to get my shoes on with little fuss. Someday I will need to learn to run with no socks. Due to the construction, I was not sure exactly which way to go out of Transition. Luckily everyone was watching me, so I had lots of help. It was then that I realized that the switch the run route to go in the opposite direction compared to the past two years! Ok then! My legs were pretty trashed, but I pushed as hard as I could and then when I got to the first hill, I remembered how steep it was going downhill. Man that was a muther! After the first mile, the legs felt better. It would have been nice to have someone to push me along, however. Coming back to the high school there was a nice long downhill section where you could really open it up. I kept the hammer down and come through as the first finisher with 1:04:46 gun time. 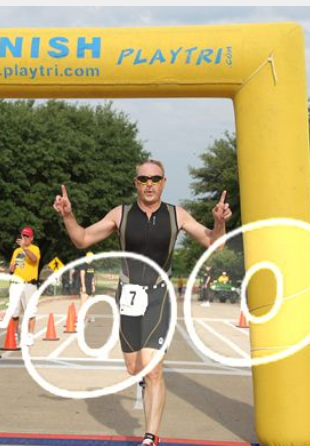 First across the line

For the second year in a row, I lead the race in the bike and the run. But this was the first time *ever* that I was not passed in a race, and the first time that I lead the race without the help of the leaders getting lost! My bike time was 34:10 which was good for 6th place, probably my highest bike placement ever. And second in the swim, is also my highest swim placement ever! All of that was good for third overall and my second "grandmaster" overall award.