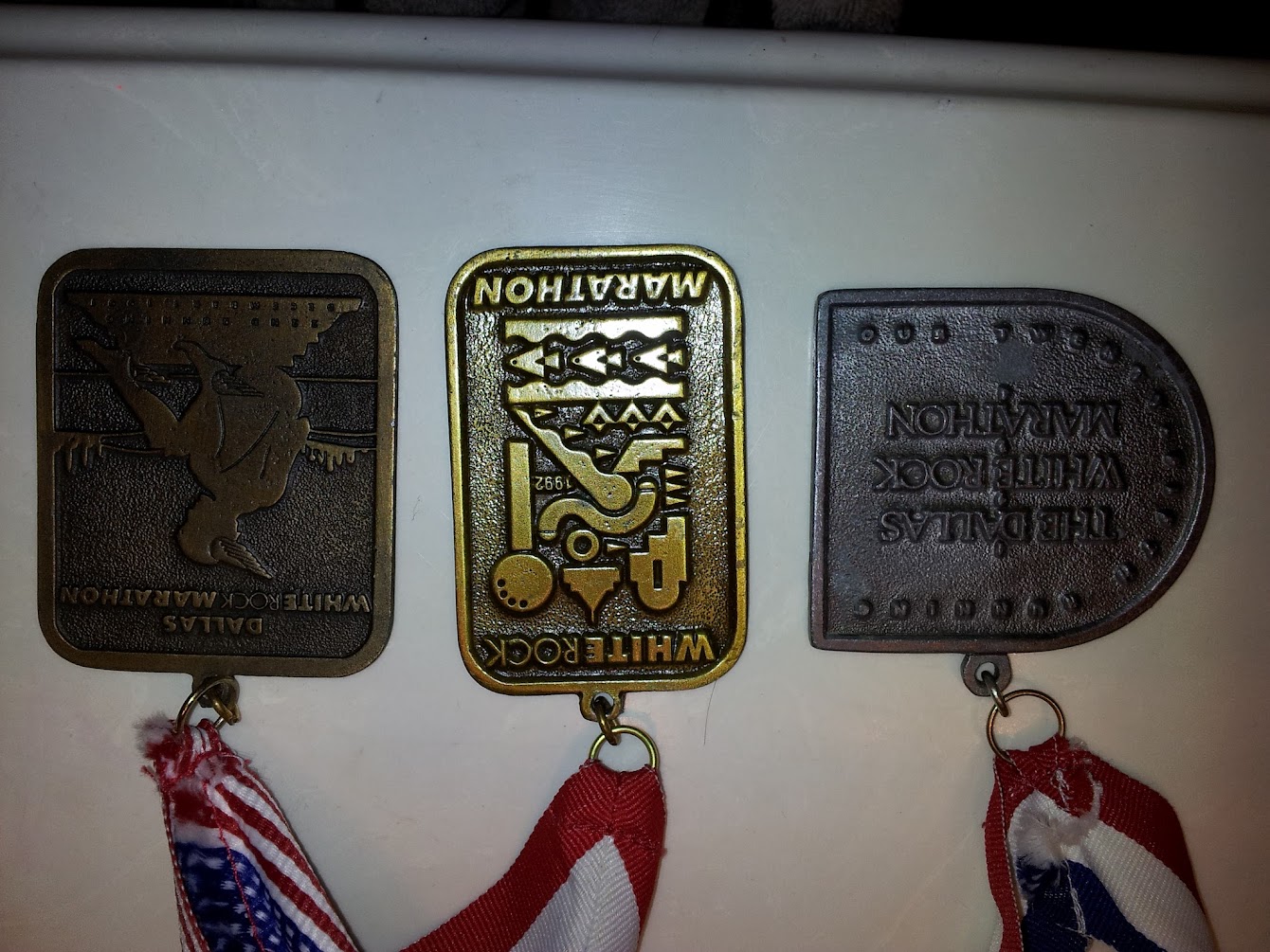 The Dallas Marathon Board of Directors have decided that "white rock" will no longer be part of the name of the race. Boo.

May Started out very well with a third place finish in the historic McKinney Triathlon. That race featured my highest swim placement (2); my highest bike Placement (6) and it was the first triathlon where no one passed me in the race! Then my focus turned toward track. Unfortunately the PF in my left foot flared up badly. I took two weeks off of running - not sure how long its been since I did that. The foot improved a little. I did run the 400 meters during the last week of May, but all that did was aggravate the PF even more. It does not look like I will be doing much more on the track this summer.