Hughes Blog
Thoughts on Software Development, Project Management, Parenting, and Running.
Monday, November 26, 2012
Sachse Turkey Trot Race Report After having what I thought was pretty good training this fall, I signed up to do the Sachse Turkey Trot this thanksgiving.

I picked Vicky P up pretty early for the very short ride to Sachse High School where we both did race day sign up. Then warm up and strides.

I thought I had brought both the T7s (with speed laces) and the T6s with regular laces with me to the race. I had decided to go with the T7s but when I went to put them on I found one T7 and one T5! Good thing I brought the T6s!

As always this race has a pretty narrow starting line and it was jam packed with kids and other impostors. I was about four rows back! Behind me was a lady with a stroller. Unreal. 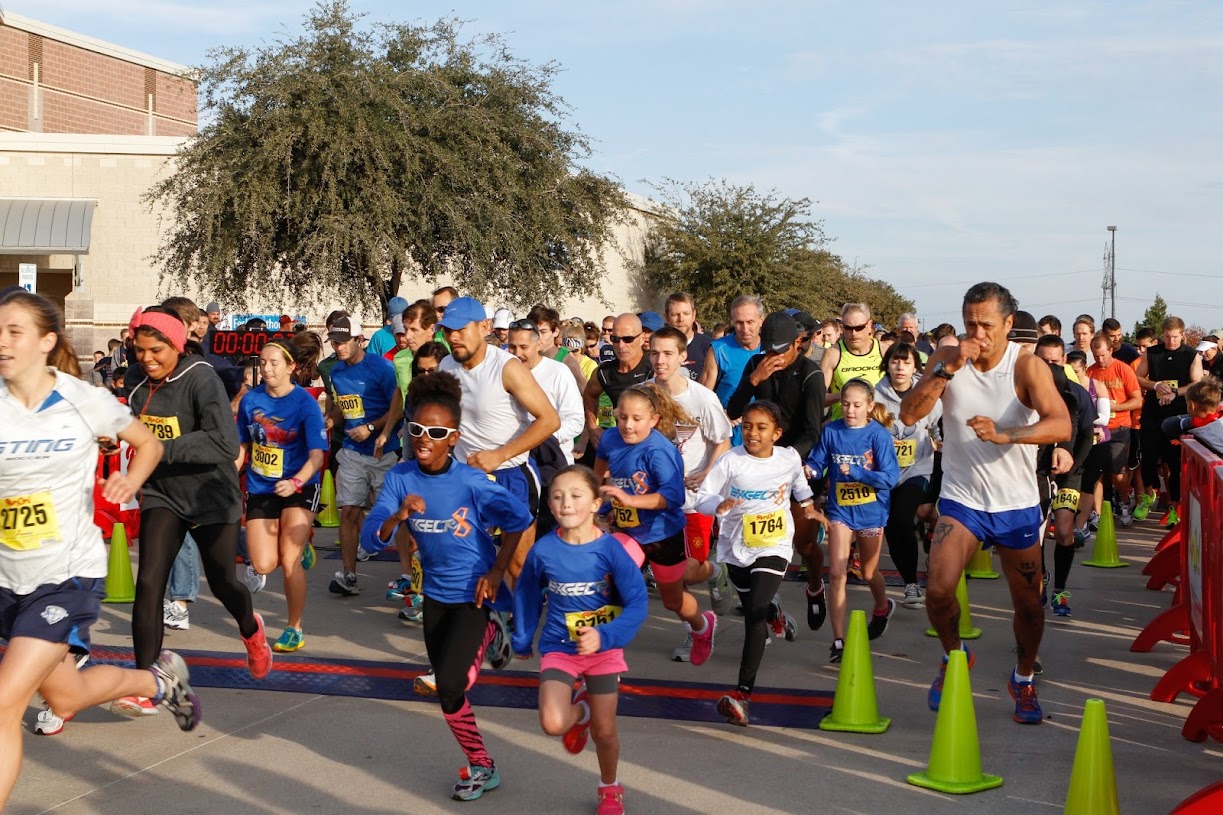 I was able to get through most of the impostors pretty quickly. A high school kid quickly took the lead. I was in sixth position at the first turn around. I had not really noticed the wind which we had for the first bit of race until the turn. It was nice having it to our back until the next turn around!

Well that was the race really. I never made up much ground on the guys in front of me and I managed to hold off all the folks behind me. 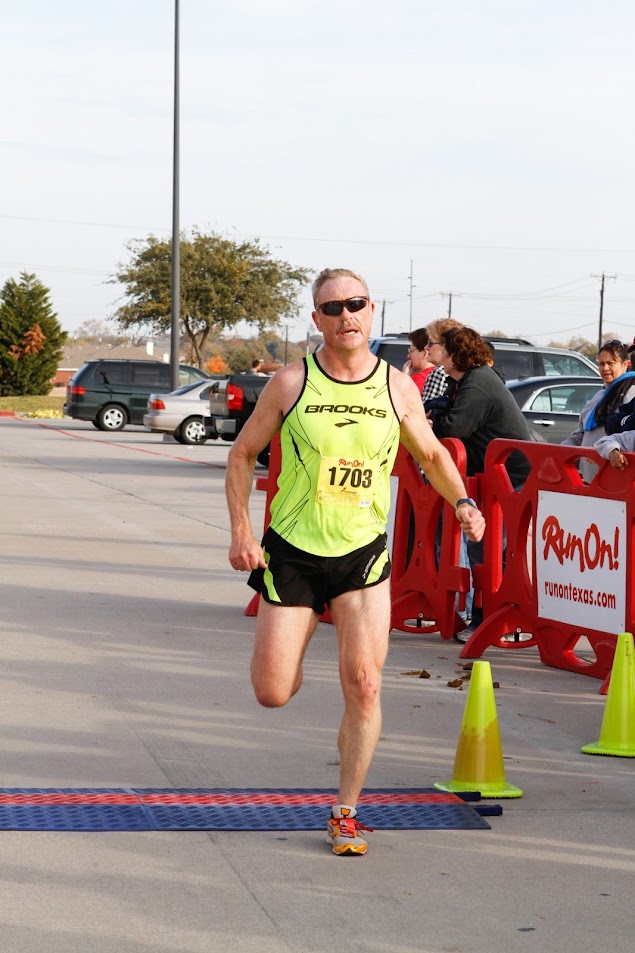 Not a great time, but it is what it is. 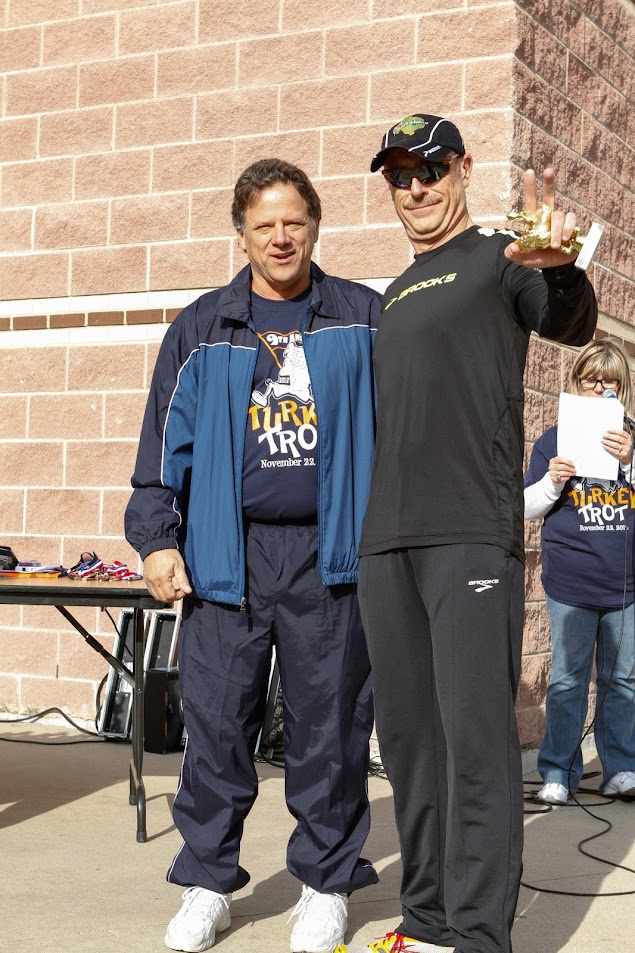 Accepting my Award from Da Mayor 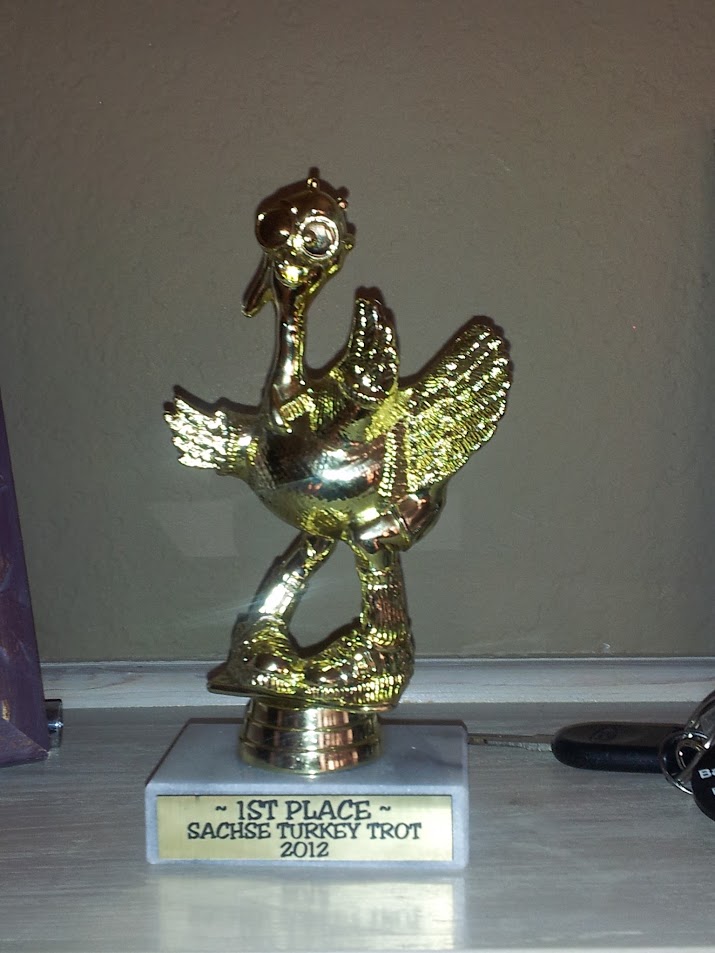